with The Muslim Council Of Britain

CfMM has had great success in just over a year of its launch. From securing nearly 300 high profile corrections to inaccurate coverage of Muslims and Islam, delivering hundreds of media training and awareness workshops for Muslim-led organisations and Muslim professionals across the country, to holding a series of high impact Media Round table and Meet the Media events, CfMM is leading the charge in holding the media to account and promoting accurate reporting on Muslims and Islam.

CfMM have a small (but mighty!) team of media professionals, and we urgently need to increase capacity to meet the demand for CfMM's services. From hiring media professionals and training them to carry out the work of our specialist media analysts, to increasing our community engagement capacities, so we can contract workshop facilitators to deliver our tailored media training workshops in greater numbers, having resources to do so is of the essence. Your support and donations will help create transformational change and lasting impact in relation to coverage of Muslims and Islam, whilst preparing our communities with tools they need to engage the media effectively.

Academics and specialists across the world recognise that mainstream media reporting of Islam and Muslims is contributing to an atmosphere of rising hostility towards Muslims in Britain.

The Centre for Media Monitoring was set up to promote fair, accurate and responsible reporting of Muslims and Islam in the media. The team consists of professional journalists with years of experience in mainstream media as well as linguists, theology graduates and seasoned community activists. We are a vital resource base for media professionals, community organisations, academics and experts in this field. CfMM was officially launched in 2018 at the Muslim Council of Britain's Muslim Leadership Dinner, and in parliament thereafter, with the release of its first quarterly report on how Muslims and Islam are covered in the media.

Monitoring – Everyday, our media monitoring analyst and assistant monitor and analyse hundreds of articles and broadcast programmes on how the media report on Muslims and Islam. We create an evidence base, develop insights and publish reports highlighting good and bad practice to inform journalists and other key stakeholders. We also lodge complaints when there are inaccurate, misleading or biased articles and images and have secured over 300 successful corrections in both online print and broadcast media to-date.

Advocacy – CfMM's directors engage constructively with key stakeholders including print and broadcast media, regulators, policy makers, politicians, community organisations and campaign groups. We are on advisory boards and working groups influencing change. CfMM has made submissions to the BBC, OFCOM and the Independent Press Standards Organisation (IPSO) to feed into their guidelines on how to report on Muslims & Islam. It also held several round table discussions, on topics including 'Reporting on the Far Right' and 'Reporting on Terrorism', with high level participation of managing editors, editors and correspondents from all national newspapers, magazines and broadcast media as well as academics & experts.

CfMM has also pioneered the advent of 'Meet the Media' events, where everyone from aspiring Muslim journalists, media professionals to community activists are brought together with senior media executives and journalists, from print and broadcast mediums, to pitch their stories, network and offer much needed feedback on the state of reporting on Muslims and Islam.

Community Empowerment – Our Community Liaisons Officer works with a diverse group of Muslim organisations to develop capacity and empower them to engage more proactively with the media and change the current narrative. CfMM delivers workshops on how to make complaints to the media, how to write press releases and how to equip yourself for media interviews, having trained a combination of over 400 organisations and individuals within a year of launching. CfMM also promotes good news stories through its #PositivelyMuslim social media campaign and provides a platform for Muslim journalists, writers, artists, innovators and experts in the field to showcase their work through the 'Our Voices' section on its website. 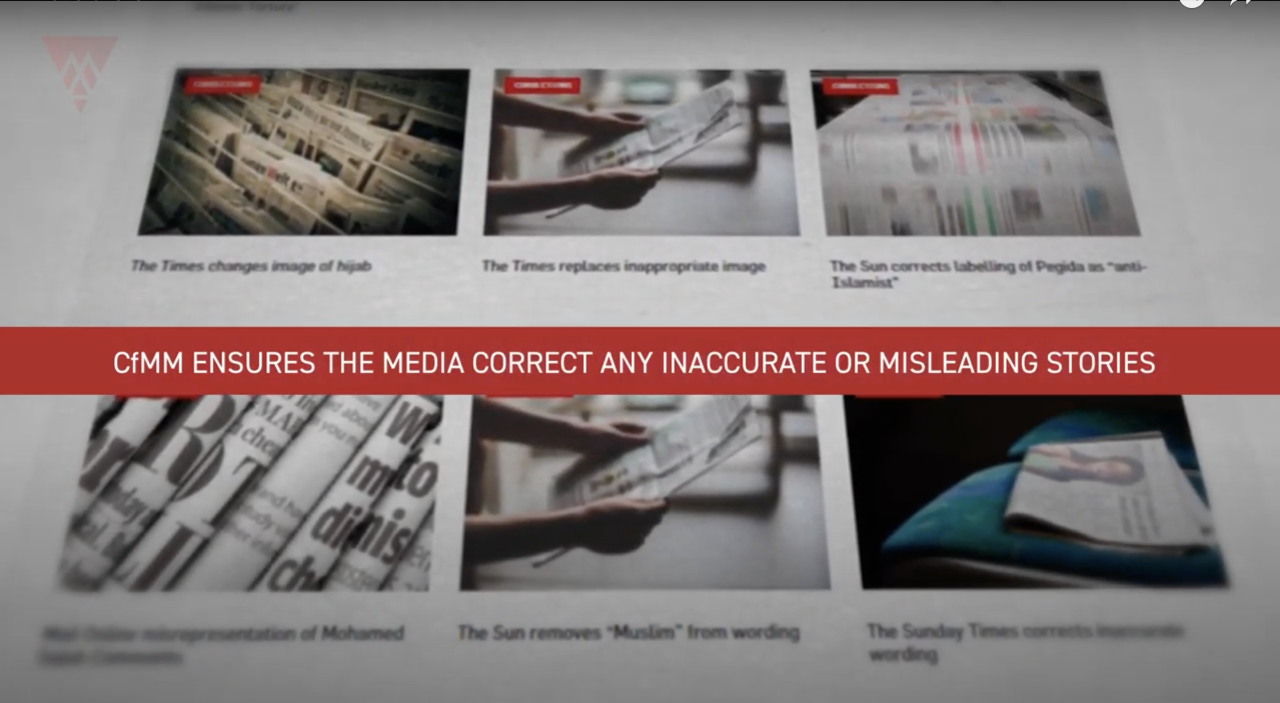 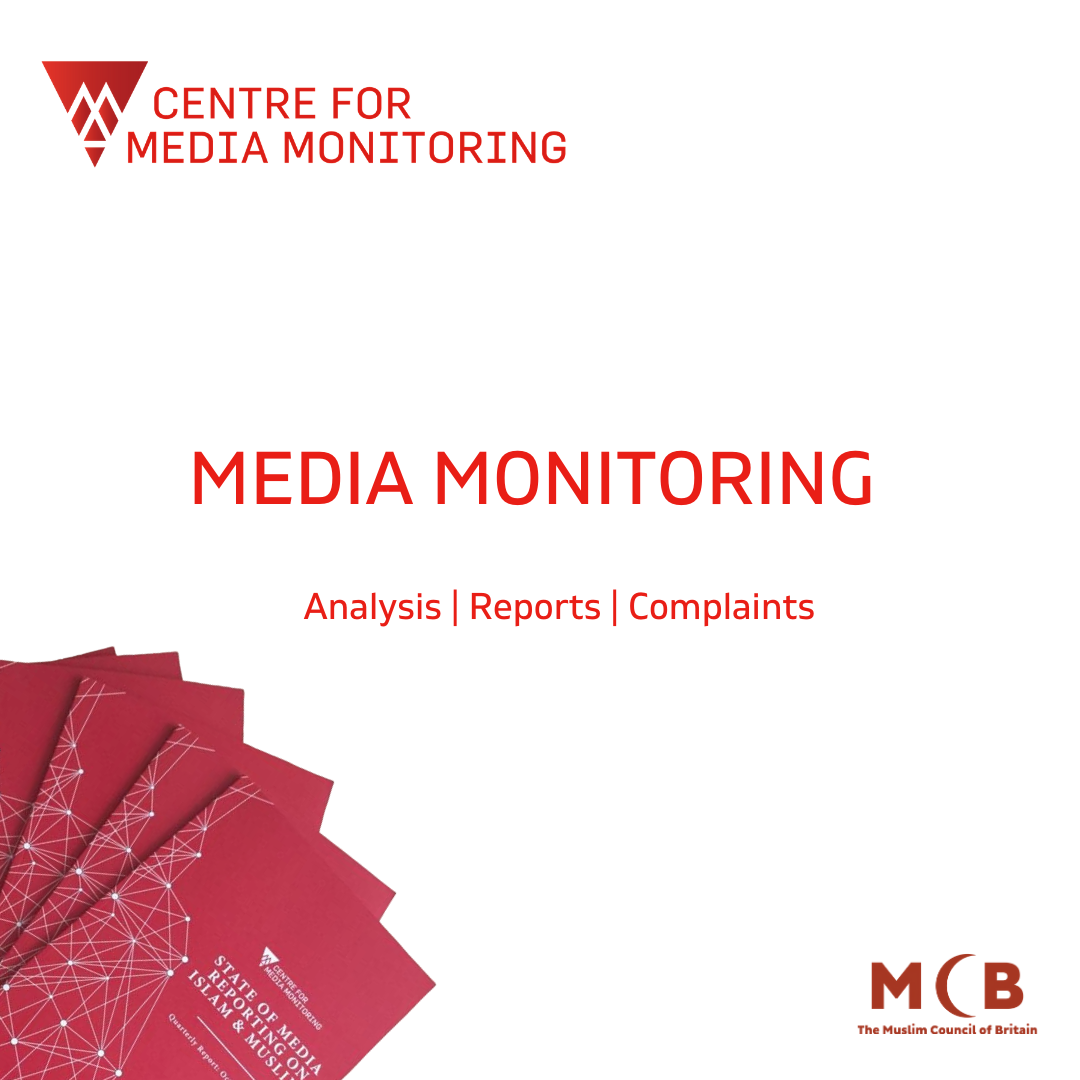 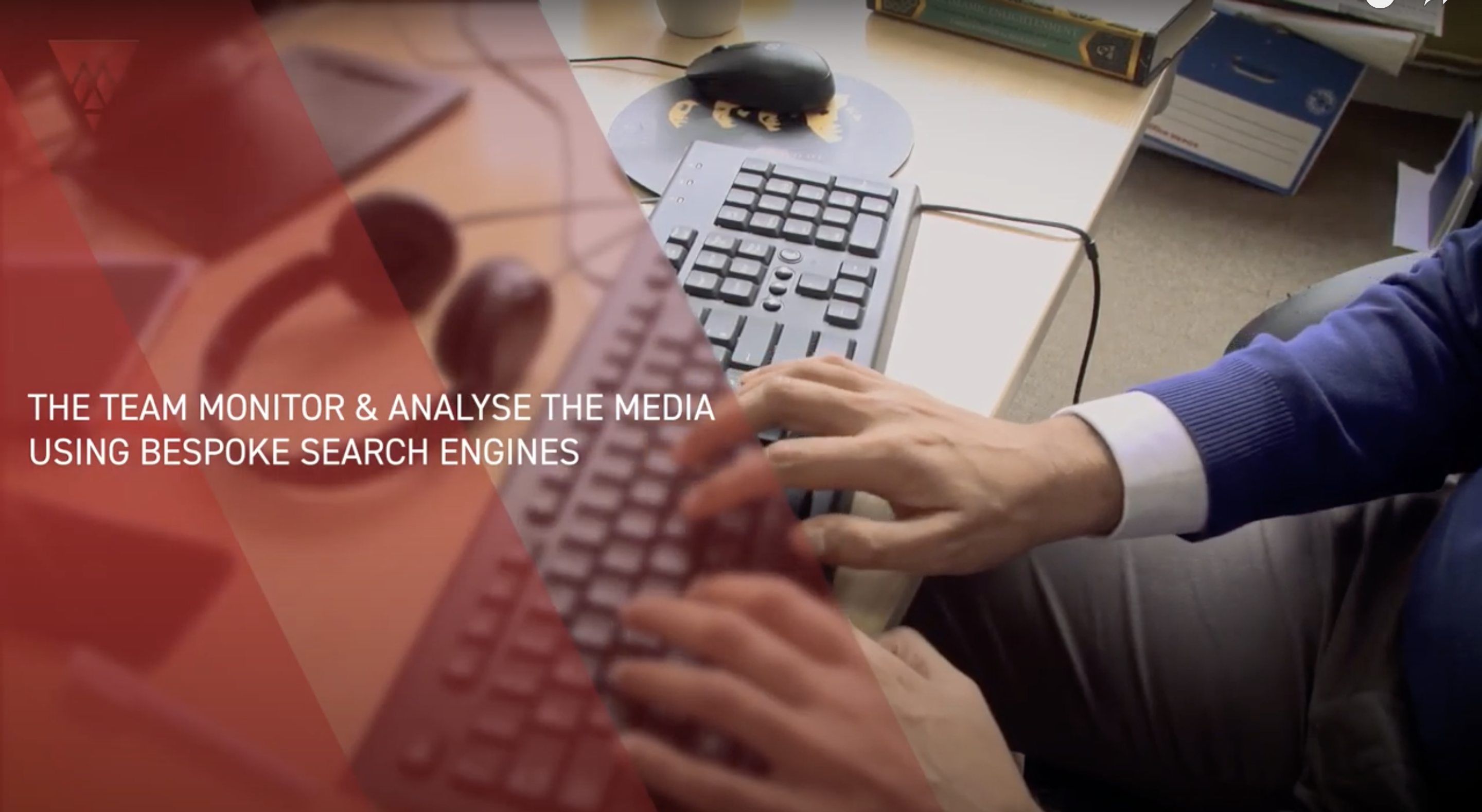 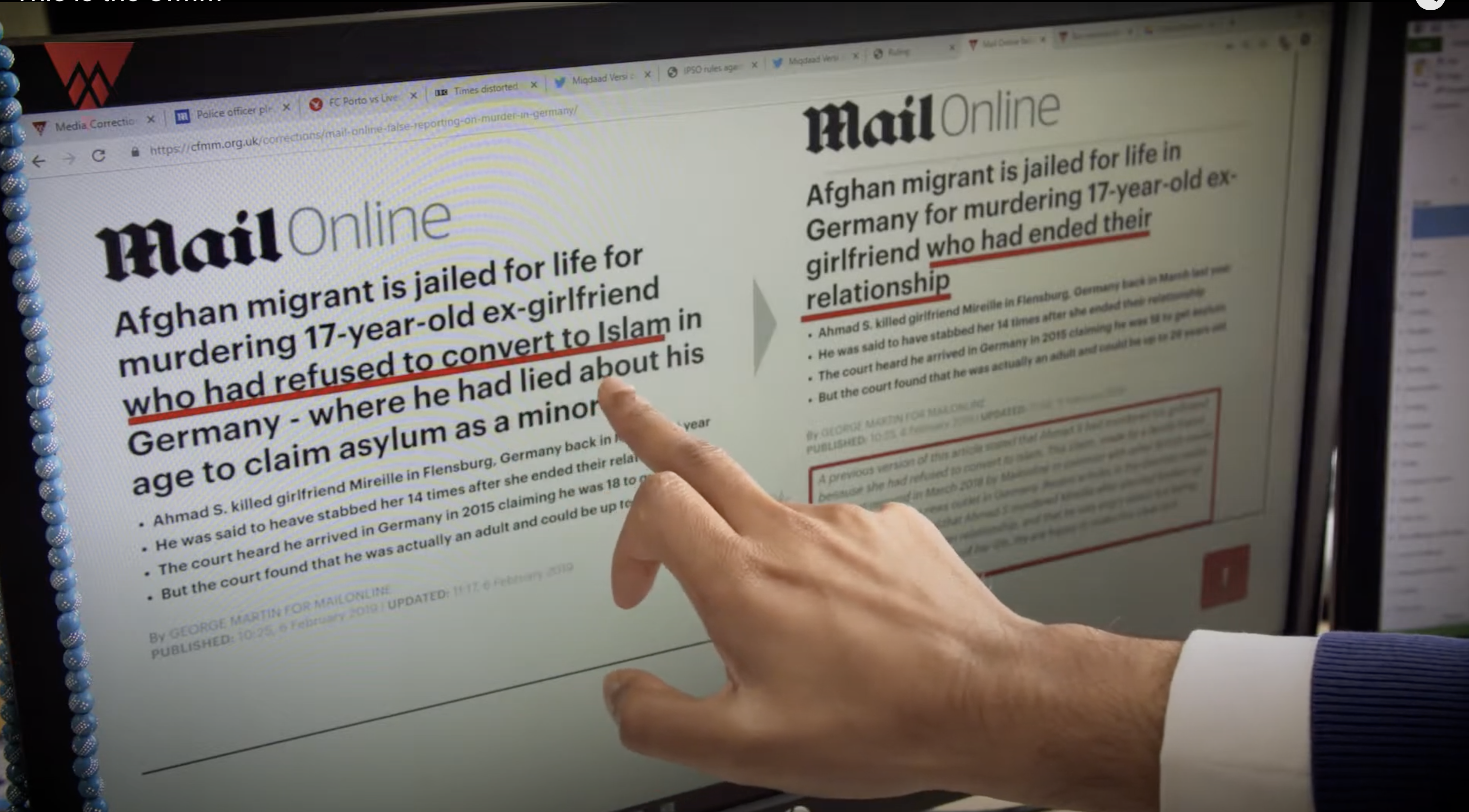 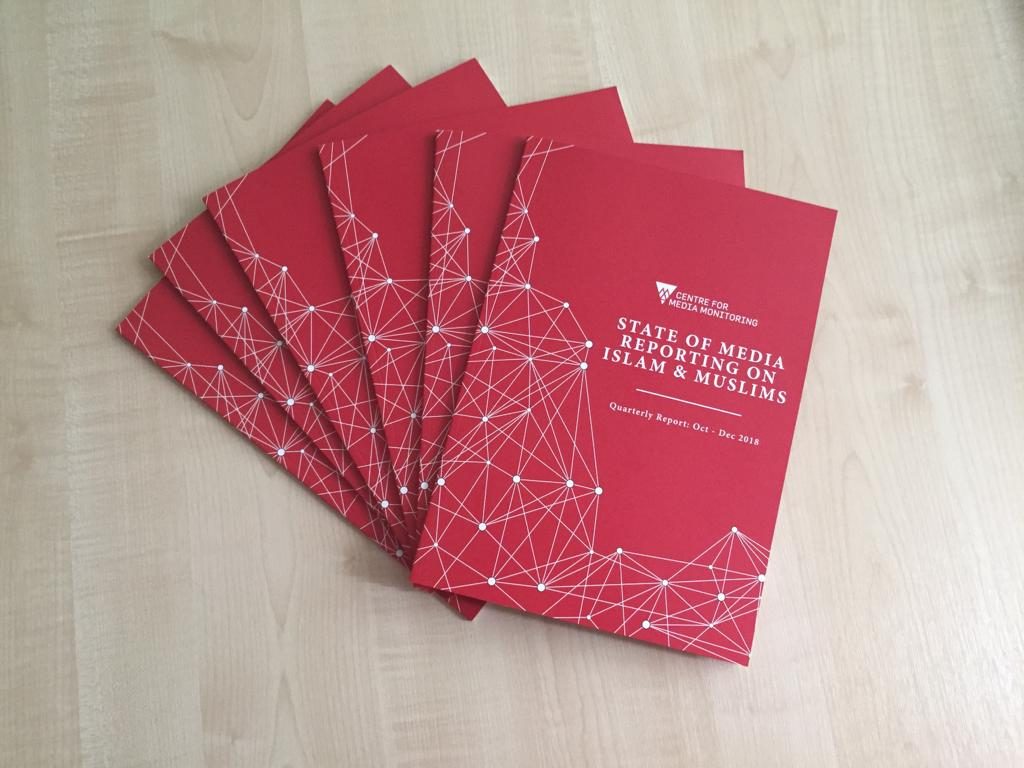 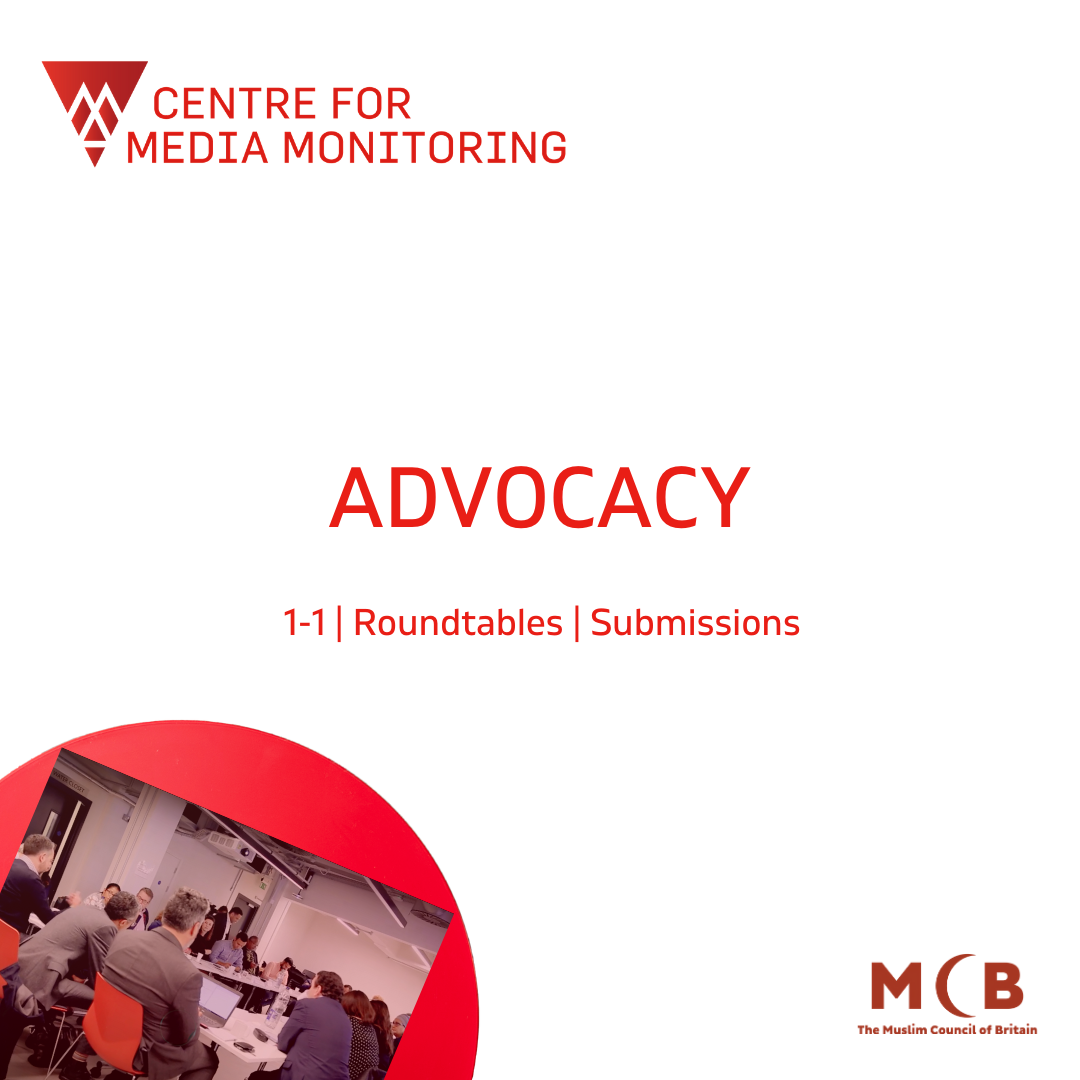 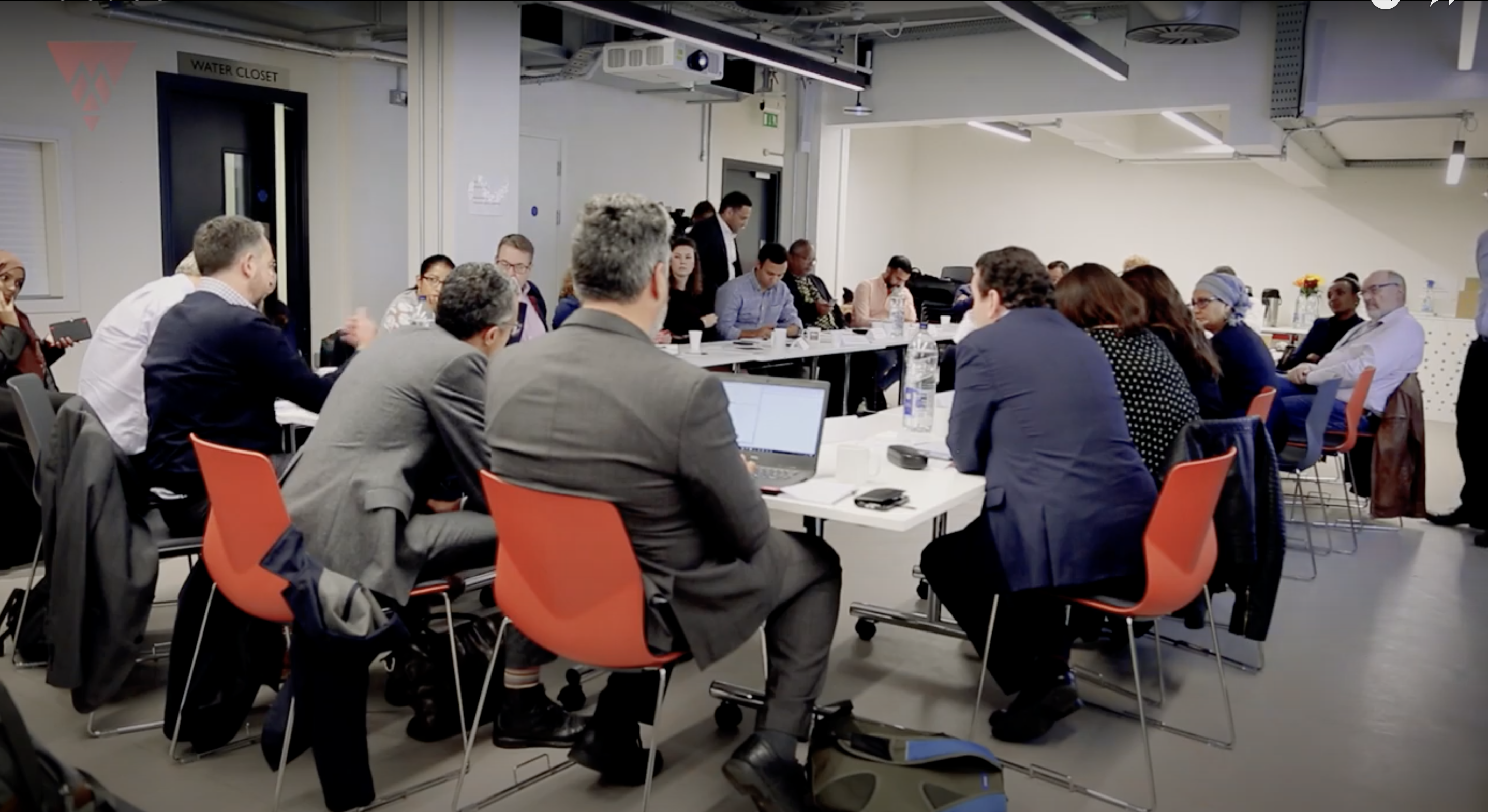 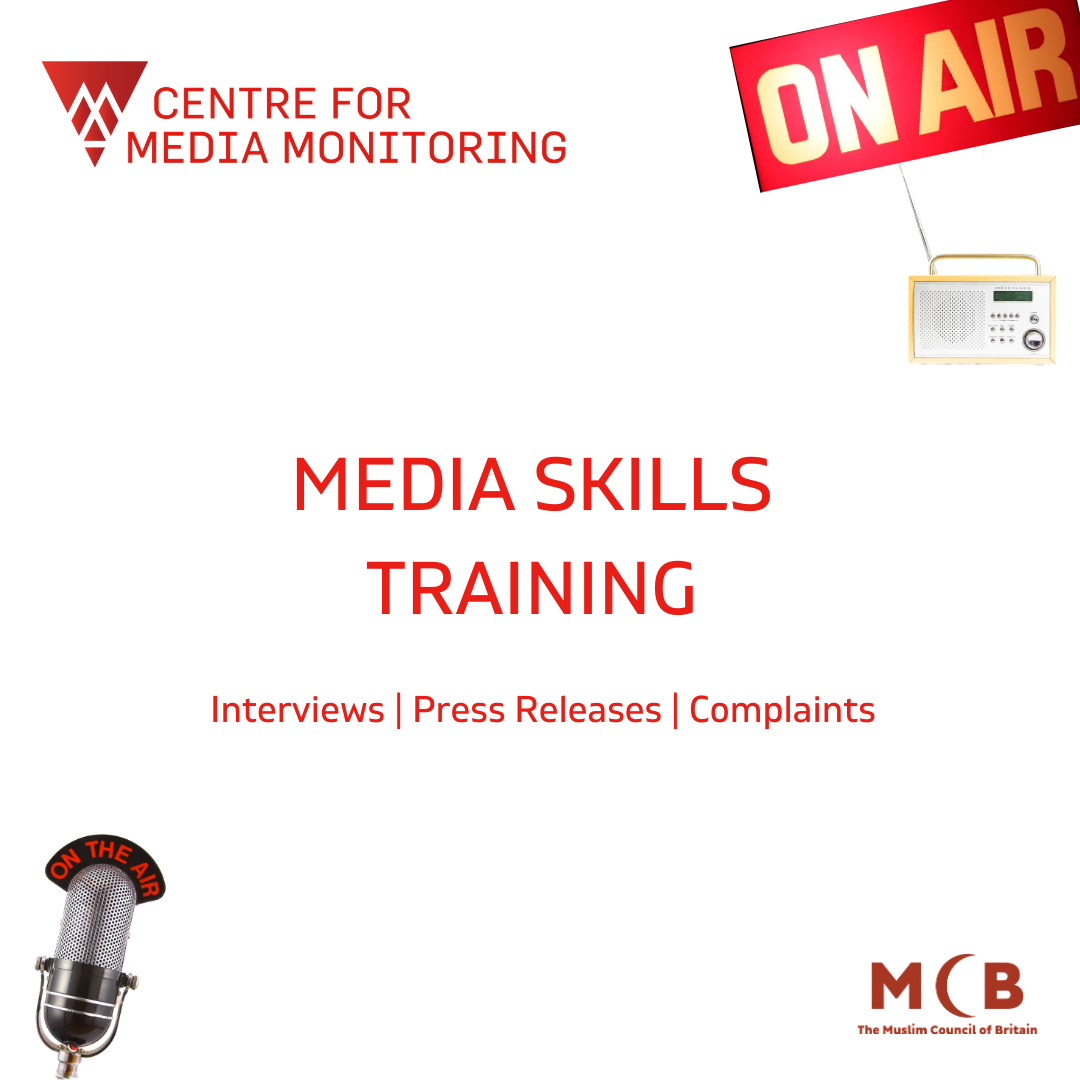 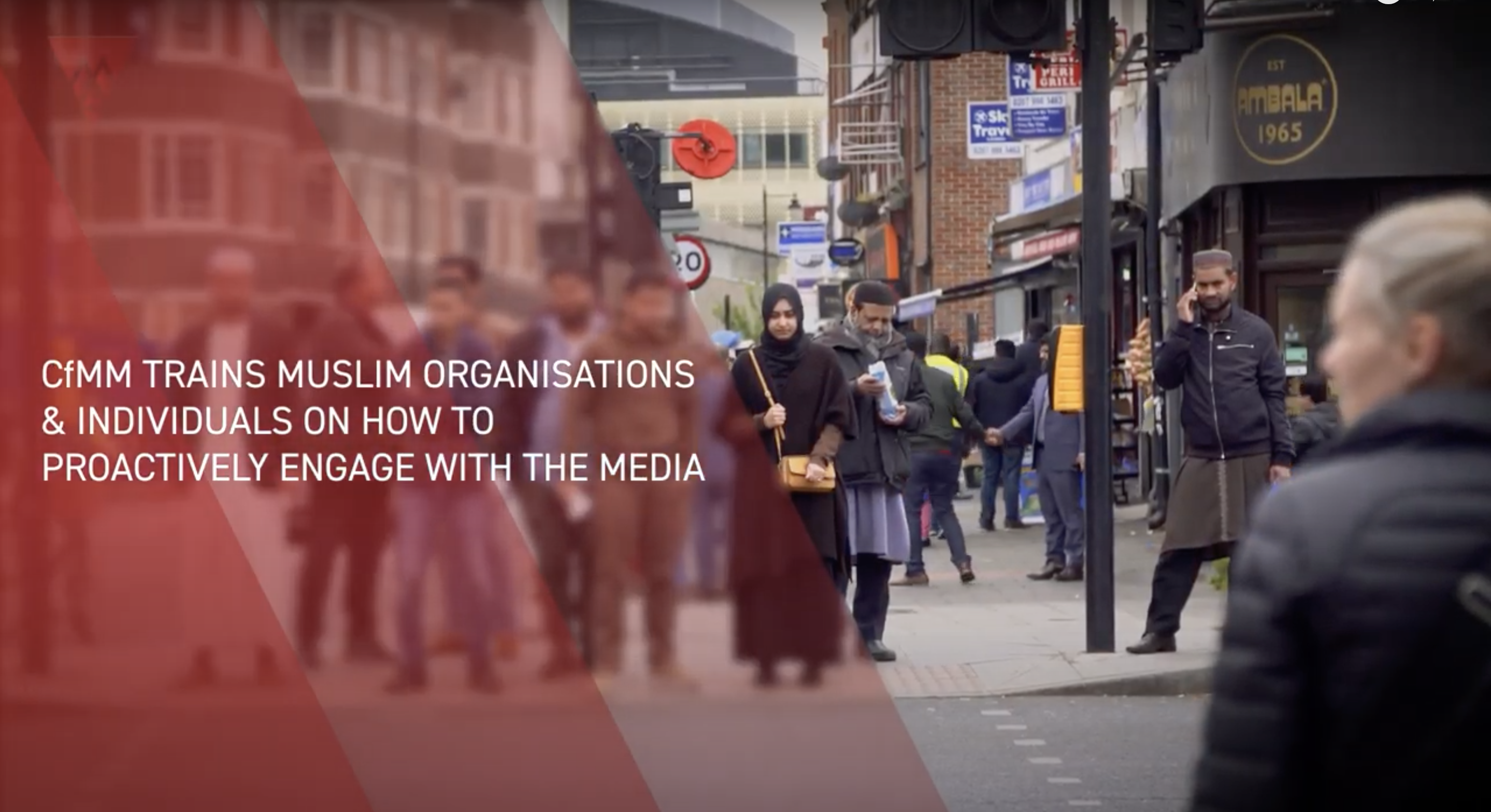 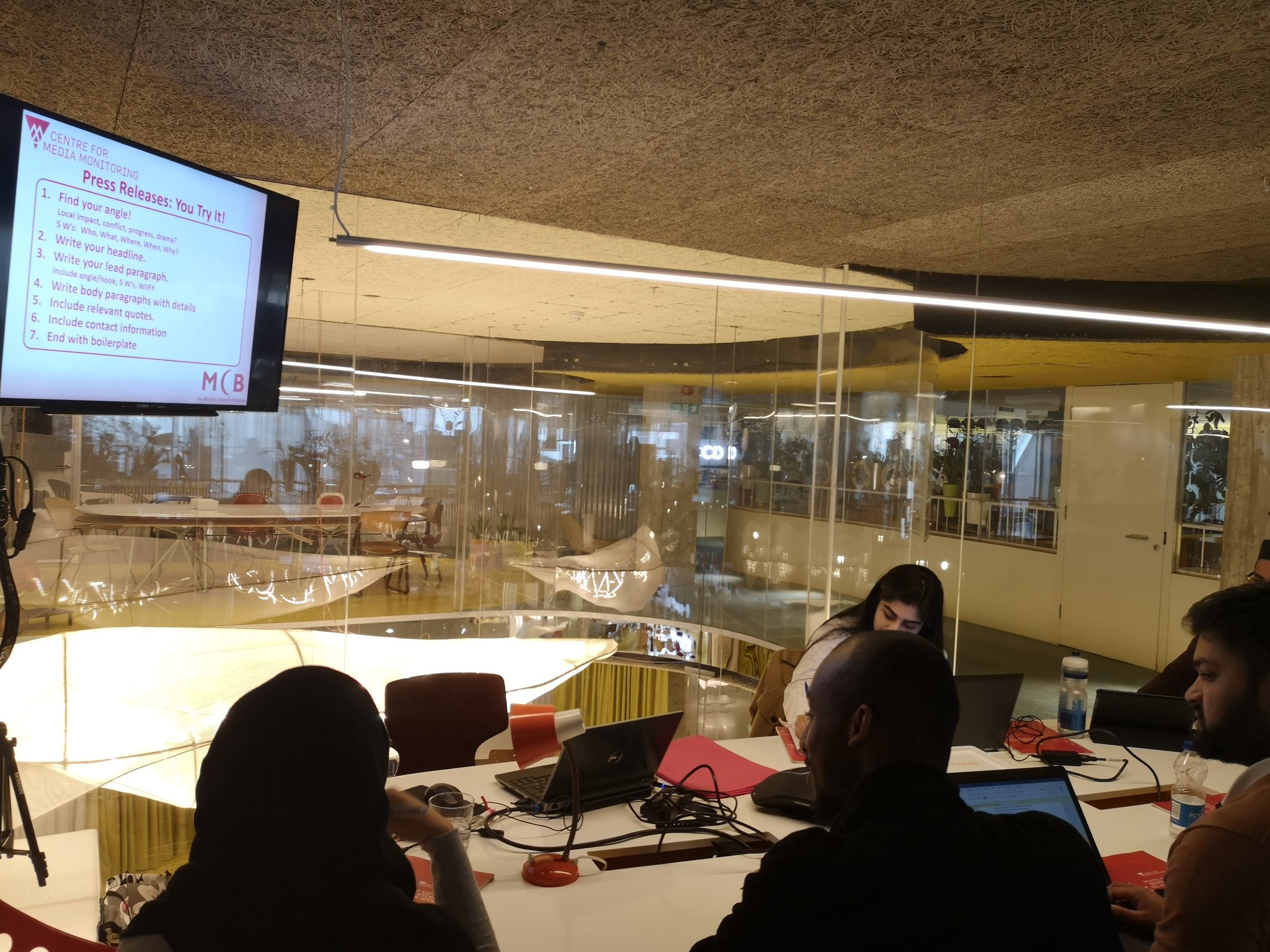 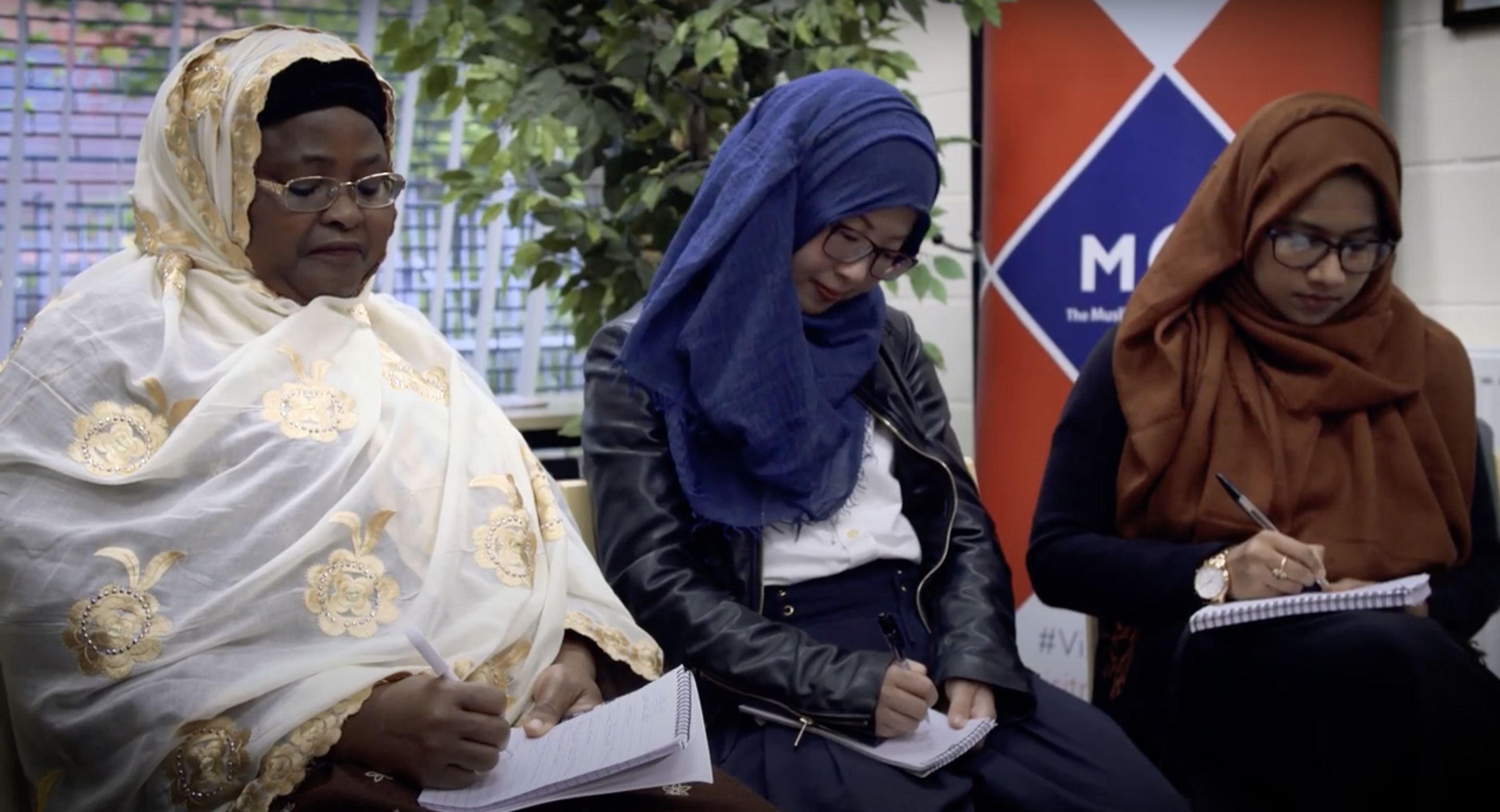