Appeal for Food and Water

We are choosing to fundraise for this campaign as this is a very important cause to us as a charity.

Please help us be the change and make the difference.

Our belief is “Sadaqa can eradicate difficulties in our life.” If Sadaqa is for a long time, we can achieve a huge reward from Allah (SWT). Our team is working on the ground in Somalia, East Africa. One Water Well serves drinking water for the entire village. It is a permanent solution for the scarcity of drinking water in Somalia.

If you can donate a share of whole Water Well by paying any amount preferably £500.00 out of £5000.00. Your name would be engraved in the Water Well as well as at the heart of the distressed community of East Africa inshaAllah. You can also pay £100 for a temporary water tank.

Hunger is the common phenomena in Yemen. Global Aid is working to provide support like food, health care kits for displaced families. Researcher says, this is the largest humanitarian crisis in the world but gets less attention to the international community. For example, people shifted from war conflict zone Hudaida to some other safe zone. Still, they are a refuge without food or shelter.

Children in Yemen are facing violence, forced to flee their homes. They are malnourished, lack of access to health care, food, education and basic services. They desperately need your help.

The Challenges, fact and figures for Children in Yemen

55% of girls aged 15 and older are illiterate.29% of children are out of school75% of schools are destroyed55 out of 1000 children die before their 5th birthday23% of children are engaged in child labour54% of people live in poverty1,600 children have been killed since the start of the conflict878,570 patients at risk of death due to the lack of medicines for chronic diseases7 plus Dialysis centres have been closed100,000 plus death, due to a shortage of medical supplies200,000 patients with incurable diseases who are in an urgent need of travelling abroad, they are waiting for unknown destiny if the airport is not opened, 15 to 25 of them die every day7000 renal failure patients who need kidney transplantation abroad32,000 patients have been suffering from Cancer and Tumors, they are facing death due to fewer chances of travelling abroad278 items of chronic disease drugs have run out from hospitals and commercial drugstore2,090 disabilities, due to the inabilities of travelling aboard. They would have recovered from disability if they received treatment at specialized centres abroad

witnessed.
The people are risking their lives by sea and on foot because as many as 700,000 people have fled the destruction of their homes and even persecution in the Northern Rakhine province of Myanmar. They are attempting to reach Bangladesh but the plight has seen many people lose their lives and thousands of people living in makeshift camps.

When did it all begin?
After the Rohingya Arse militants carried out their deadly attacks on over 30 police posts, thousands of people decided to make the exodus and escape the growing problems that they were facing. However, the trouble was then brought closer to home as troops, backed by local Buddhist mobs started burning villages and attacking and killing civilians. This spread panic and mass fear and so, house by house killings took place as people started to flee. After the violence broke out, 6,700 Rohingya we killed, which included 730 children below the age of five, proving just how devastating the attacks really were. United Nations believe that this is a textbook example of ethnic cleansing.

How you can help
As the Rohingya face an uncertain future, their need for aid is increasing. The monsoon season causes worry and many refugees have been put in camps that are at risk from flooding or even landslides.

The Camps
Your donations can help to make the camps as safe as possible by helping with remedial work in preparation for bad weather. This means that their shelters will be improved and strengthened while drainage will be added to help remove the water from the camp.

Food and water
Food is one of the main requirements for all Rohingya. Around 70% of refugees, of which there are believed to be around one million are now receiving food aid. This is an alarming number of people who require food and this is where your donations can help to provide them with the correct nutrition. Along with food, people are also desperate for fresh drinking water, particularly as many of them have travelled huge distances on little or no water at all.

Health
The camps and lack of hygiene can leave people with a wide range of medical problems, diseases, and illnesses. Therefore, you can help support vaccination programmes that are launched as a way to reduce the risk of disease. Problems such as diphtheria, tetanus and whooping cough as well as many other illnesses are possible but the correct medication and vaccinations can help to significantly reduce problems while giving access to medical care when required.

Hygiene
Hygiene is something that can really help to minimise the spread of diseases while helping people to feel clean and normal once again. Emergency latrines can be put in place to help reduce waste and ensure that it is disposed of correctly while giving them a place where they can use the toilet. 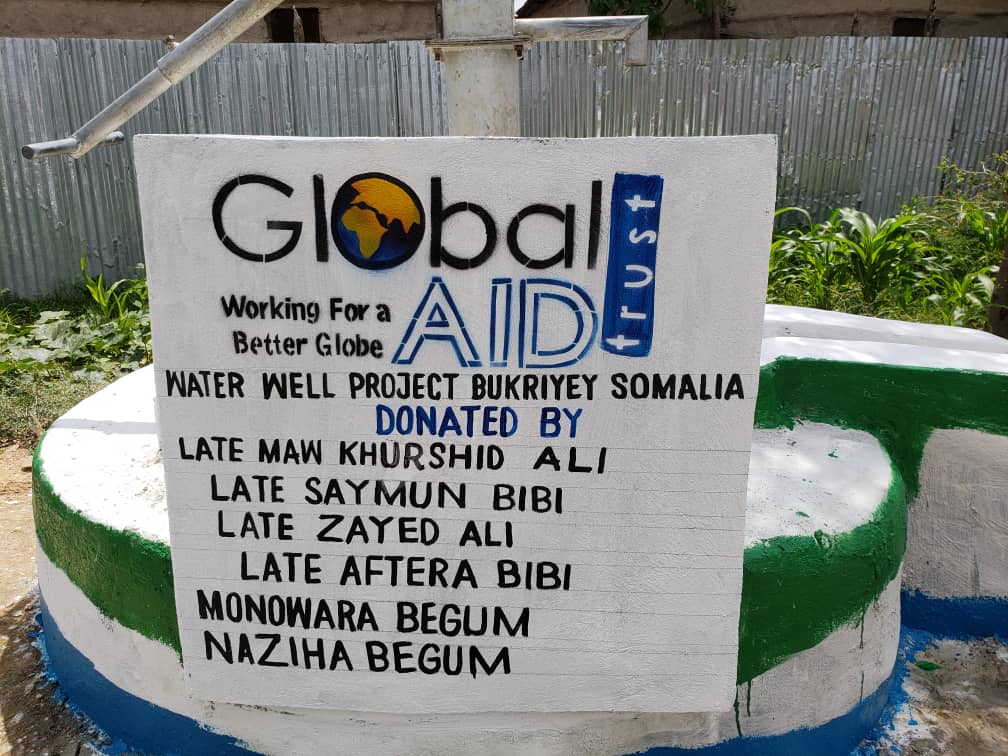 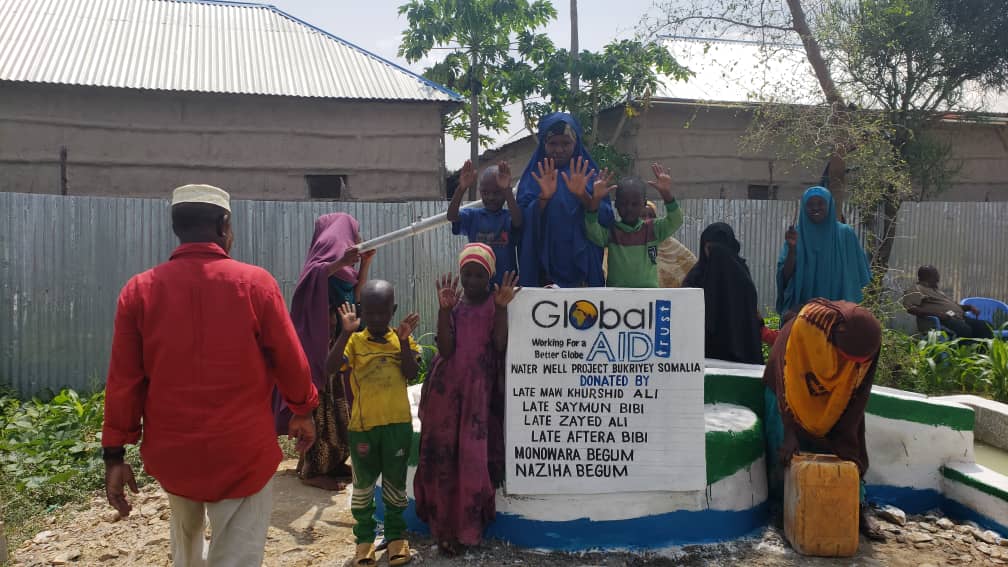 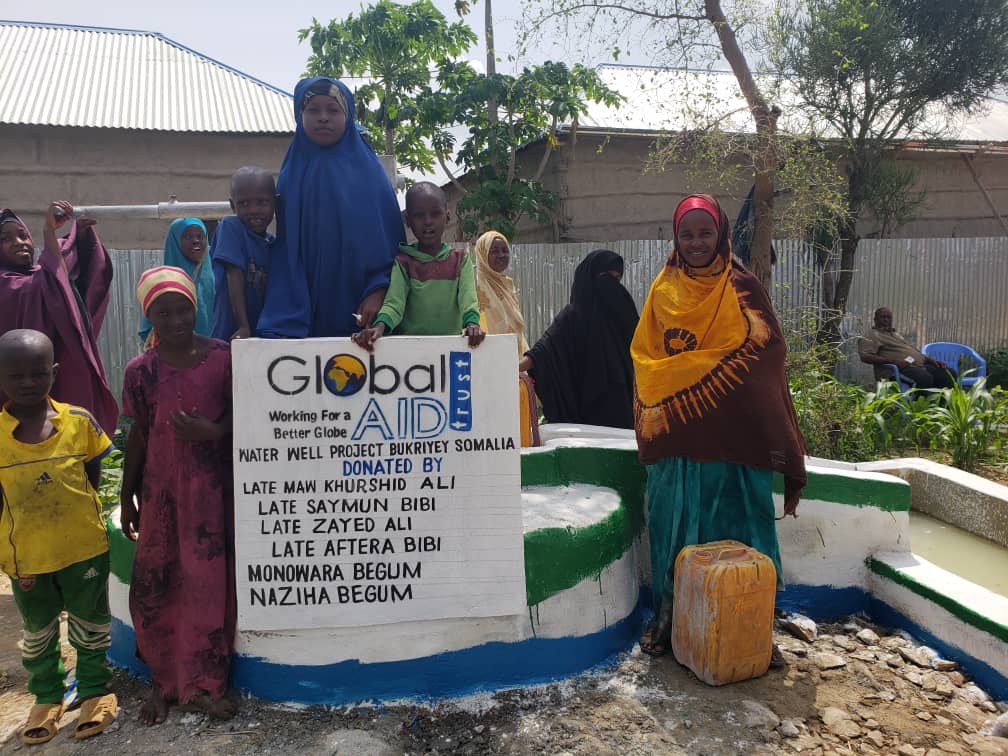 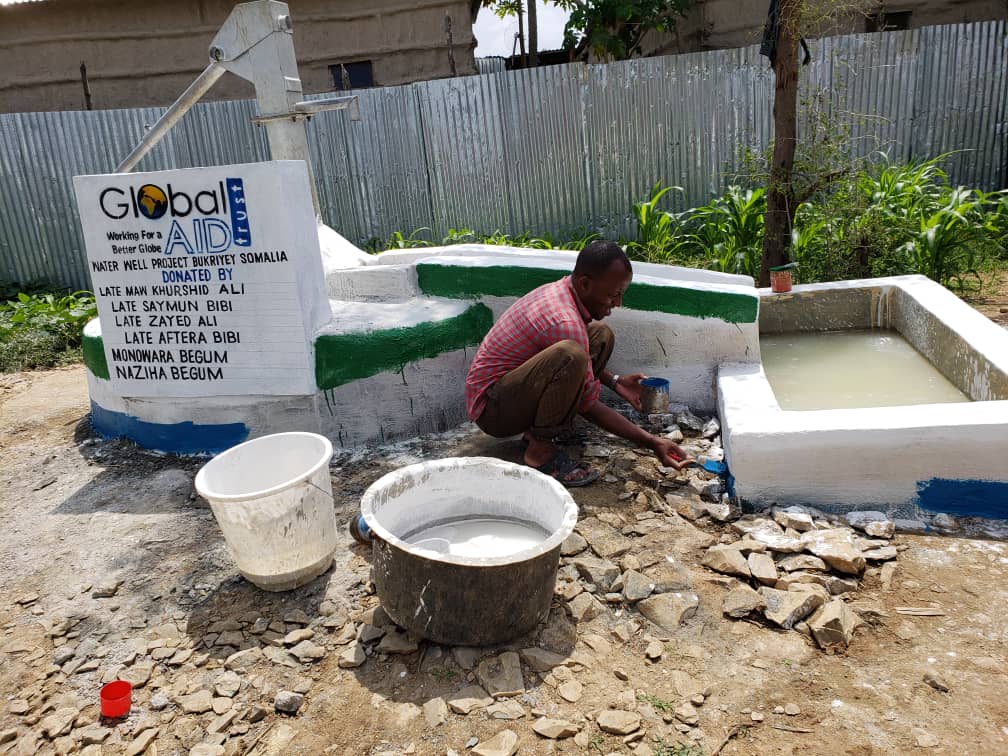 You can be a donor for one share of a full water well in East Africa. This water well benefits full villagers.

This would be full water well in East Africa. You can be a single sponsor for the water well.