This campaign will focus on raising and covering the cost of 26 burials which had a shortfall.  Let's try and get these covered by the end of this year, Insha’Allah!

Muslim Burial Fund have provided the means needed to bury many of our brothers and sisters who have sadly died. During the initial Covid-19 period alone we have buried more people in 1 month than the whole of last year combined! Unfortunately, many of our burial appeals didn't meet the fundraising target. We need your help to reach each target so we can continue helping others. This campaign will focus on raising and covering the cost of 26 burials which had a shortfall. Let's try and get these covered by the end of this year, Insha’Allah!

Souleyman Bah was residing at a hostel in Liverpool when police discovered his body after forcing entry into his room. He was 31 years old. Souleyman was originally from Guinea and had no family in the UK. A former employer of Souleyman volunteered to become his next of Kin and established contact with our charity requesting for support. His local mosque have been liaising with Muslim Burial Fund and it’s been established that the brother is in need of our collective help.

Mohammed passed away after complications from aspirated pneumonia where food had entered into his lungs. He was only 53 years old. Mohammad was born in Freetown, Sierra Leone, and had two children and a wife who converted to Islam. Mohammed’s family contacted Muslim Burial Fund, requesting support as they are unable to contribute towards the full costs of the burial.

“We belong to Allah and to Him we shall return.” 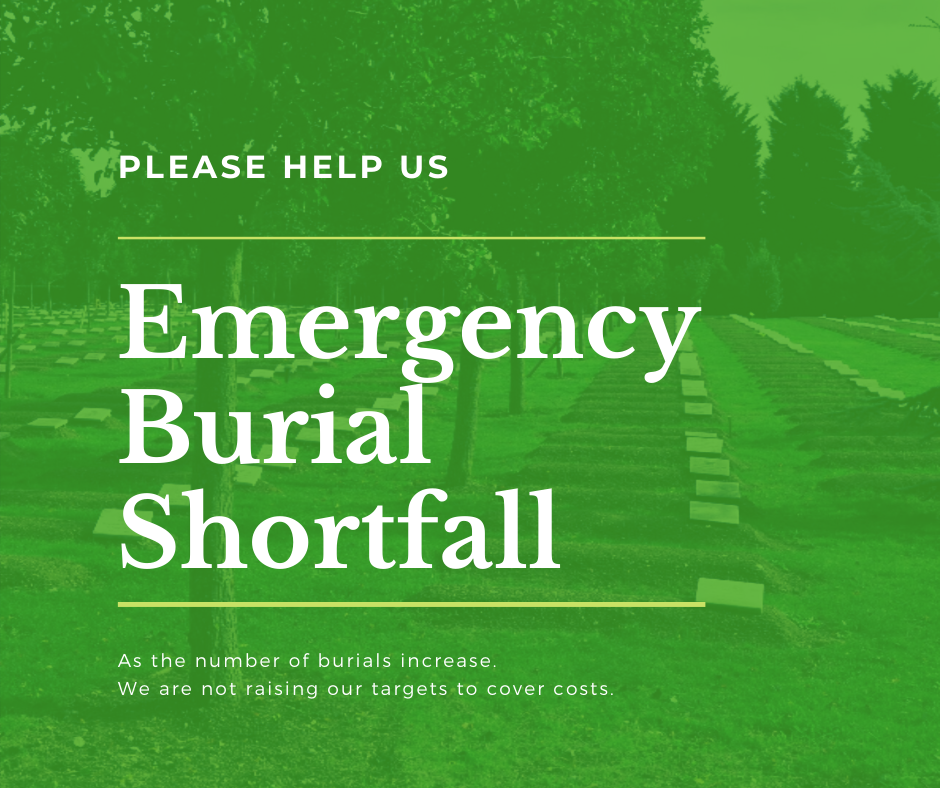